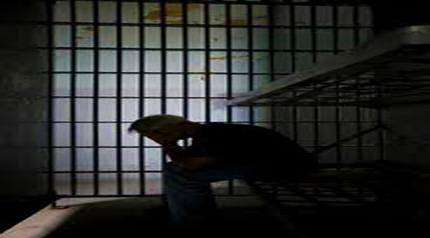 In a recent survey of return prisoners, all of them reported that they had experienced drug and alcohol addiction relapses and committed crimes before they went back to jail. It is suggested that providing addiction treatment programs for prisoners after they are released could keep them from going back to jail for the second, third, or fourth time.

It is a commonly known fact in the United States that drug and alcohol addiction leads to increased rates of violence and criminal activity.

Yet, the criminal justice system does little to help individuals get rehabilitation or maintain addiction recovery when they get out of jail.

An instructor at Albright College in Pennsylvania named Lindsay Phillips carried out this research by interviewing prisoners in a large urban prison. All of them reported that after they had been previously released from jail, they had experienced a relapse of an addiction to heroin, cocaine, crack, alcohol, or marijuana.

When asked what the biggest obstacle was for them in trying to reintegrate into society, the most common answer was drug addiction. Addiction caused greater difficulties for them than lack of money, housing, and jobs. Three-fourths of the prisoners said the drug addiction was the reason they had ended up in jail again.

A commonly cited reason for relapse was that the prisoners didn’t know how to handle stress in daily life. They turned to drug and alcohol addiction to avoid unwanted emotions. This information could offer a clue about providing effective rehabilitation.

Some systems offer addiction treatment programs to inmates while they are in jail, though resources are typically limited to a small percentage of the prison population. Research suggests that providing rehab programs to these people after they are released could be effective because inmates have difficulty relating their addiction treatment experiences in prison to real life after they get out.