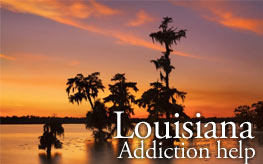 Drug courts are considered to be very significant in resolving the addiction problem of the nation at large, and states like Louisiana in particular. Louisiana has a considerable number of people who are arrested for drug and alcohol influenced crimes. The rate is estimated to be as high as 80% of the total crime rate of the state. With such a huge number, the situation does seem alarming. But what would happen if these people are merely arrested? They will serve the prison term and when that is over, they may revert to the crime.

Since their addiction has not gone away, they will continue consumption of the substance and be induced to crime again. The addiction treatment program in Louisiana has understood this fact quite well and hence, the implementation of drug courts.

When a person under the influence of alcohol or drug abuse in Louisiana is arrested, the court would give him or her an option of serving time in prison or of participating in a drug court program. The length of time to be spent in either prison or in the drug court would be decided by the court, but the shortest time to be spent is of ninety days.

The drug court addiction treatment in Louisiana is a residential program that makes the person live in isolated surroundings and in total abstinence of the addictive substance. The person is also made to undergo a detoxification program and is treated for the withdrawal symptoms that may occur on the way.