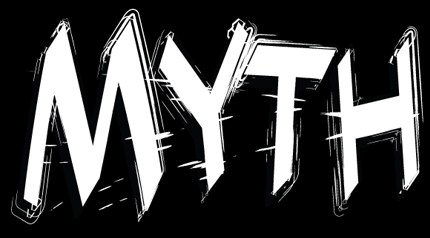 What do you get when you combine iodine, hydrogen peroxide, cold medicine and batteries? Indeed, there is no myth that these items are harmless individually.

However, these raw materials can be deadly when combined because with these, you can actually synthesize crystal meth, or methamphetamine. As a highly addicting drug, crystal meth’s predecessor is amphetamine, which is also a psychomotor stimulant.

These drugs are also chemically related to methylphenidate (Ritalin). Although methylphenidate gained prominence for major medical use to treat hyperactive (attention deficit–disordered) children, it is frequently abused.

Methamphetamines can be orally ingested, intravenously injected, snorted, or smoked, creating intense arousal of the central nervous system (CNS). With large doses of amphetamines, you can experience extreme symptoms including tremors, hypertension, headache, profuse sweating, and severe chest pain. When used on a continuous basis, crystal meth addiction would lead to psychosis or schizophrenia.

As it is cheaper than cocaine, crystal meth addiction is one of the United States’ leading drug abuse problems. Crystal meth has become a fad among teens recently because it is believed that it can enhance sexual performance, suppresses appetite and permit its users to be hyperactive in longer periods of time. However, these myths about crystal meth fall short to the long-term effects caused by addiction.

Not only it is highly addictive, methamphetamine is also highly destructive to its users because it can lead to major physical complications such as heart damage, strokes, and life-threatening fevers. Law enforcers are even more concerned because methamphetamine trafficking and abuse has been on the rise, causing a devastating impact in our society.

Crystal meth exerts its effect on the brain in a twofold fashion. First, the molecules of this drug attach to and directly stimulate the nerve cells that produce excitation of certain areas of the brain. Second, the drug molecules cause these cells to secrete neurotransmitters like norepinephrine and dopamine, which also contribute to the stimulating and euphoric effects. Norepinephrine is the chemical produced by our brain that cause people to feel excited, while dopamine is the chemical that is responsible for the feeling of happiness.

The main problem with the methamphetamines is that, in overriding the brain’s normal regulatory mechanisms, they cause profound depletion of the brain’s normal chemicals, just like the effect of cocaine. Even months after withdrawal, crystal meth addicts demonstrate lower than normal levels of important neurotransmitters like norepinephrine, dopamine, and serotonin. It is thought that in some cases of long-term, heavy use, these chemicals could never return to normal levels.

Thus, it is no myth that the withdrawal of its use would lead to deleterious effects like depression, fatigue, increased appetite, prolonged sleep and even death.