There are many options available for drug rehab and alcohol rehab treatment centers in the state of Kansas. Rehabilitation treatment programs are essential for breaking the cycle of addiction to drugs and alcohol. Most people who suffer from alcoholism and drug addictions need to attend a rehab center in order to recover from these diseases.

Alcoholism is a big problem in Kansas as it is everywhere in the United States. Unfortunately, most people who become addicted to alcohol start at a young age. Many of them began drinking in their early teens. Not receiving addiction treatment for alcohol abuse as soon as possible is a mistake. Over the years the disease will usually continue to progress until it has taken over one’s life. Alcoholism is also strongly related to drug abuse. Addicts often begin with alcohol and move on to harder drugs or switch to drug use after recovering from alcohol in a treatment program.

Unfortunately, drug abuse appears to have increased in the state of Kansas in recent years, according to statistics. The 2007 Kansas Risk Factor Profile stated that there is a 32% risk of availability of illegal drugs in the state. Drugs are commonly moved into the state from Mexico. The most popular drugs that are used in Kansas include marijuana, cocaine or crack, methamphetamine, heroine, and predatory drugs. The abuse of OxyContin, a prescription drug, is also rising.

Choosing a Treatment Program in Kansas

In 2005, there were approximately 225 treatment centers in Kansas. Thirty-seven of these were run by the government. The other rehab facilities are either run by non-profit or private agencies. Private, for-profit drug and alcohol treatment programs are the most expensive. 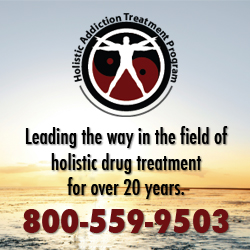 When seeking an addiction treatment program in Kansas, it is important to carefully research to find the best rehab facility for one’s individual situation. For example, does the addict suffer from both alcoholism and drug addiction?

This is called a dual diagnosis. In that case, a rehab facility that has treatment programs for both conditions must be found. The extent of one’s drug abuse and alcoholism must also be considered to determine who long he or she might need to be in a treatment program and whether it should be an outpatient or residential treatment center.

Many different schools of thought about the treatment of addictions are available in various rehabilitation centers in the state. Of course, twelve-step programs are well-known and popular. Some people need more intensive addiction recovery rehab, such as a residential treatment facility. Some of the other choices include behavioral therapy and the Sober Living Program. It’s important to find the method that will work best for each individual’s situation.