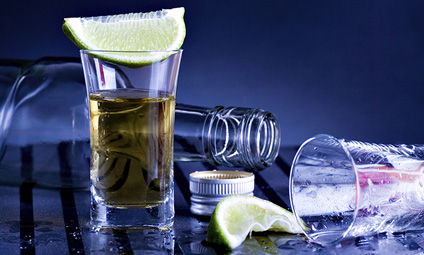 The costs of heavy drinking do not only amount to the few bucks lost in the purchase of alcoholic drinks. It can cost you, your education, your job, your family or even your life.

This is because persistent alcohol drinkers often display impaired performance of tasks because of hangovers and alcohol withdrawal distress.

The physical manifestations of alcoholism is characterized by increased nervousness or jitters, more edginess or irritability, red or bleary eyes, neglecting details, and making more errors in any activity.

Kicking the habit away is much more difficult to do. Any person who wants withdrawal from alcohol could experience various symptoms—the so-called withdrawal syndrome including anxiety; agitation; tremor; elevated blood pressure; and, in severe cases, seizures.

Numerous studies have already agreed upon the connection of alcohol abuse in criminal behavior. The reason for this is that alcohol intoxication may make an individual particularly vulnerable to many crimes, especially robbery, assault, and rape. This is caused by alcohol’s distortion or impairment of knowing, perceiving, and judging abilities (cognitive impairment). A drunk person often becomes violent as a result of misinterpretation of interpersonal cues and communications.

The violent behavior associated with alcohol can also extend to their homes. In fact, the family and marital interactions of alcohol-abusing people often leads to the dysfunction of their relationships with the people they love. In fact, alcohol is present in most of incidents of domestic violence and the most common pattern of such violence includes drinking by both husband and wife.

Worse, alcohol abuse by the husband, wife, or both could even contribute to family violence by complicating already existing economic and child-care difficulties. Parents with alcohol problems also have a high potential for neglecting and abusing their children.

Even when spouse abuse is absent from the marital relationship, problem drinking could still afflict the couple with some type of sexual problem that often threatens the marriage. Such problems include loss of libido or sexual interest among males and females, inhibited sexual excitement, impotence in males, and lack of orgasmic response in females. It is already proven that chronic, excessive use of alcohol diminishes sexual performance and sexual desire, which may lead to the untimely divorce of the couple

Indeed, alcoholism is one of society’s alarming problems that need to be addressed effectively. We should help in the intervention of an alcohol-dependent person to become aware of its ilk’s and motivate them to take the path to recovery before it’s too late.