The Dangers of Using Crystal Meth 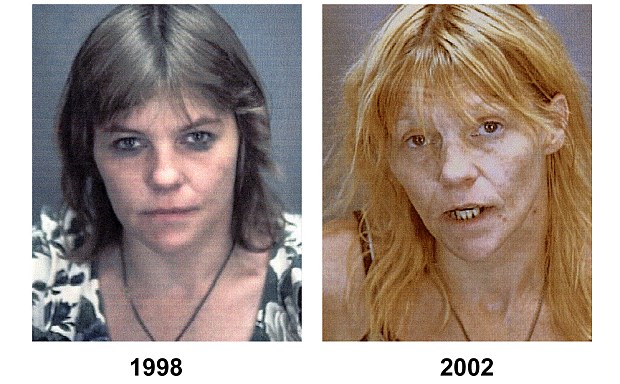 The A&E series Breaking Bad tells the story of a high school chemistry teacher who is forced into making crystal meth.

Crystal meth may be easily made by a person who has the knowledge of chemistry, but the costs of using the drug are far higher than the threats that the high school chemistry teacher faces in A&E’s popular series.

Crystal meth is part of a class of drugs known as speed.  Caffeine pills are a form of speed and the effects of speed and crystal meth are similar. Because crystal meth heightens wakefulness and alertness, it is popular among college students during exams and blue-collar workers to increase productivity during long shifts at irregular hours.

Because it is easy to manufacture and obtain, crystal meth has become a popular party drug, according to www.about.com.  The drug causes a high and a heightened state of vigilance that can cause euphoria, risky behaviors, and worsen the problems of people who suffer from anxiety disorders.  Extremely high doses of the drug induce paranoia and a higher body temperature in the user.

Crystal meth can be smoked or injected and is highly addictive.  Roughly 90% of the people who inject the drug will become dependent upon it.  When the drug is smoked, the risk of addiction is smaller, but most of the people who inhale meth will switch over to injection as their tolerance to the drug increases.

The final and most insidious aspect of methamphetamine is that the insomnia and euphoria associated with crystal meth causes the people to engage in far riskier behaviors than they normally would.  This greatly increases the chances of a meth user contracting a sexually transmitted disease such as Herpes, Syphilis, and  HIV.  Instead of using a dangerous stimulant at your next party, perhaps it is best to stick to coffee or Red Bull.